My dog and I are the same. We can’t fully commit to anything. ; ) 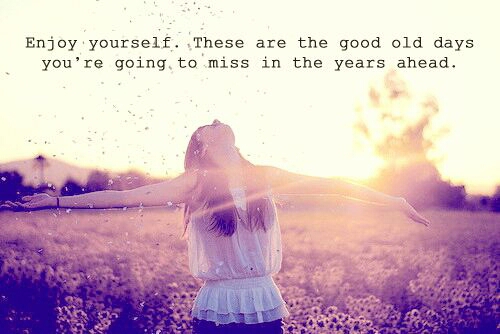 When I’m struggling, I find this incredibly hard to believe. But when I think about it, when I think about the wonderful memories from the past, it proves it must be true. One day, I will look back on these days and see what I’m missing about my joy today. I’m working on appreciating that.

Posted by brandilindandilin on November 18, 2014
Posted in: chuckles. Tagged: adult, being an adult, getting older, mistakes, tired. Leave a comment 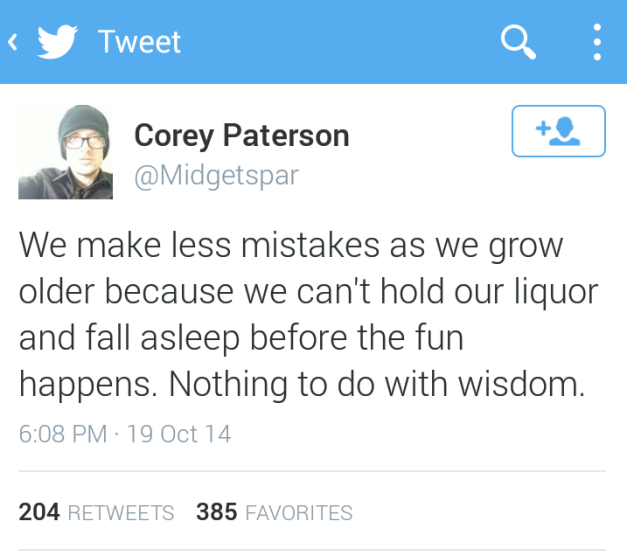 Seriously… if I could stay up past 10, I’d be able to make WAY more mistakes. 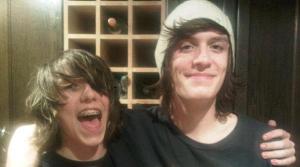 I find I sometimes struggle to get connected to the message of Remembrance Day with my busy life and pampered every day existence. So every year I close my eyes and imagine what it would feel like to watch my oldest son walk into the face of a war, his still little boy face visible, his emerging bravado trying to anticipate what is to come with no context except the wrestling matches he has had with his younger brother. An ill fitting uniform on his lanky frame that still requires many more years to fill it in. I visualize this in my mind coupled with the uncertainty of his fate and the enormity of the sacrifice is swift and crushing.

Remembrance hardly seems to be enough and yet it is the gift we’ve all been given.

Jian Ghomeshi is not news.

If you think it’s news that a man with even an inkling of influence thinks he can exert some measure of power over a women…then you are clearly not a woman.

The big news here is that half of the people reporting on it have done it too. And that every single woman on the planet has been victimized by a man at one or multiple points in her life. Every. Single. One.

We like to make up stats that say around 70% of women have had unwelcome advances from a man because 30% of those women likely don’t even recognize what unwelcome advances means. We can accept that a man who physically lays hands on woman may be overstepping his bounds. If she has a bruise. Or some recognizable wound perhaps in the shape of a hand. Or she wasn’t wearing a short skirt or a low cut blouse. Or a positive rape kit (which in case you didn’t know is basically a secondary form of being violated after you’ve been violated so you can potentially lay charges on the violator who originally violated you. But probably not) Mostly, women do not bring sexual misconduct cases forward because they stand the risk of being slandered and traumatized without ever seeing justice. And besides, it’s just a part of being a woman. We understand the risks…like travelling to the middle east in the middle of a conflict, we get it. We always have.

A friend of mine who works in an office down town advised me that she rarely attends a  meeting where a man does not say something condescending to her. She has been called “sweetheart”, “toots” or “baby” on a regular basis. When she stopped wearing make up to work in an in effort to stem the constant attention she was getting, a co-worker declared her a “dike” and comments ensued  about the possibilities of threesomes and videos with her lovers. The less she dressed for their satisfaction, the more the harassment increased  but now more to declare her unattractive at every opportunity as if it was a personal offence to the men in her office that she was no longer dressing to their desired taste.

Another friend of mine who works in HR admits she often has to tell women to “toughen up” because there is no chance that the harassment in her field will stop and it is an expected class of conduct that you either accept or don’t do that job. It is common in male dominated fields for women to accept a certain level of intimidation which they either handle “gracefully” or they are deemed incompetent. As one male I heard proclaim, “If you can’t take the heat, get back in the kitchen”.

I think it’s fair to tell you that I am not a woman who anyone would accuse of being a wallflower. I like male attention – sometimes. I’m not afraid of showing cleavage. I’m not afraid of discussing my sexuality openly. I suppose you could say I’m taking back my power in that way. I’m no longer afraid to be labelled as a tramp, slut or a whore. Frankly, these words are so common place when faced with a disgruntled man, they barely register for me any more. It is always the first line of assault regardless of what your perceived crimes are as a woman. It is meant to bring you down a peg or ten, to shame you, to make you subservient. Men have threatened various forms of assault on me since I can remember – “Hey beautiful…I’d like to butter your muffin”. You would? Does it matter to you if I am conscious or not? Just checking sweet talker.

There is no line of defence in this whole situation. Women will always be casualties of the sex war. I have taken a defensive stance in that most men who know me understand that I have started playing the same game as them. One guy told me that if I didn’t watch myself I was going to end up alone…as if that was a fate worse than ending up with someone who objectified me or showed his friends nude pictures of me as if he had a right to. Or someone who immediately upon my arrival threw me up against the wall by my throat and slapped me – like it was a fun a game. Proclivities be what they may, let’s be real, some people like that sort of thing and they have a right to. Just as the same people have the right to agree to and set the boundaries of their inclinations with the ability to change their mind at any damn time.

To be blunt, the Jian Ghomeshis of the world are common and everywhere. They are the Pollyannas of predators. Arrogant men with some kind of success that trips them just over the line of deviant. Big deal. I could throw a stone and hit a 100 different Jians on my block alone. The one who told me it was rude to mow my lawn in anything but shorts, the one who let me know his mistress was going to park in front of my house because no one would ever ask questions about a strange car in front of MY house, the one who showed up at my BBQ and said he knew I liked to party…wink, wink. The bigger offence to me is that the police have decided to pursue allegations NOW after everyone has jumped on the “crucify Jian” band wagon. Do we think it’s a coincidence that none of the women filed formal complaints or charges until now? Or that CBC execs are taking time off and saying things like they just don’t remember the conversation about Jian’s bad behaviour? Jian has become a convenient scape goat for the bad behaviour of men everywhere, masking over even more heinous crimes against women every day that will never see the light of a media frenzy. If we’re feeling so hot to trot about sexual injustices, let’s investigate the commentary of the Youtube “10 hours of walking in NYC as a woman” who has been threatened and intimidated by men since the day it went viral. Take a stroll through that comment section and then tell me Jian is big news. 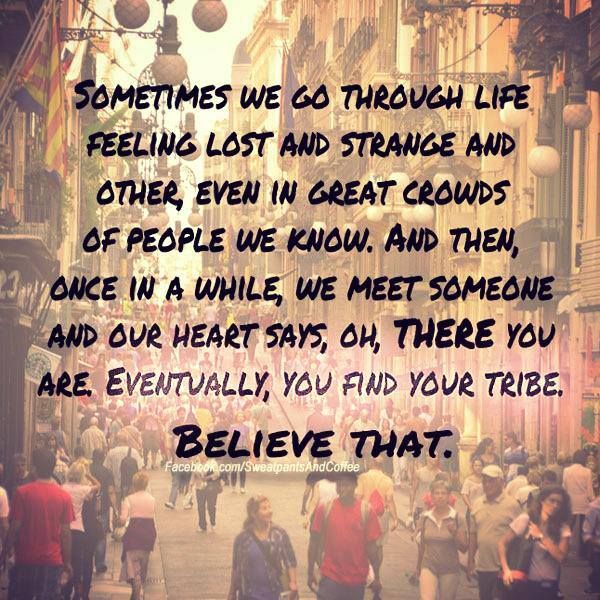 I seem to be one of the lucky ones who can’t stop finding my tribe. Just when I think my High Counsel is complete and we can start making plans for our old age compound together, I stumble upon another soul of startling recognition. I know that I am not like most other people…in that I am considered by many to be strange or perhaps to be unconventional in a way that isn’t in keeping with the traditional way of growing up if you will. I still care about partying. It may seem to others that this is all I care about at times. Having just completed my Meyers Briggs Assessment, it stated as much – I just can’t lay off the socializing and the bigger the better. I am what could be termed as still “boy crazy”. I am a skilled and enthusiastic flirt (I blame my southern Mother and Grandmother) and I enjoy the new and exciting banter of boy meets girl. I also recently read a horoscope that continued to support my strange and unorthodox ways in saying that I was voted least likely to be successful in romantic relationships and that I would surround myself with other women who did not require the standard fare of relationship monogamy. A gentle way perhaps of covering up my inherent desire to experience freedom from boxes of any kind, probably and most glaringly, relationship boxes. I do seem to have an statistically significant number of women in my life that appreciate independence and no lack of ability to end relationships that don’t seem to support and nourish that. Am I a cosmic anomaly of some kind destined to spend time with other serial anarchists in this life time? Gosh, I hope so.  I find I alternate between being shamed for my open and eclectic way of life and being emulated as a beacon of change from social norms but what I know is that indeed, I have a tribe. That collective of common minded people who seem to know and understand what may look foreign and ridiculous to others but just makes sense to us. Sometimes I submit to the shame that inevitably blankets a life lived out of the ordinary, but mostly I bring it to my counsel who give reverence to a life lived out loud with many voices to harmonize with my own. I love you weirdos : )

"Words - so innocent and powerless as they are, as standing in a dictionary, how potent for good and evil they become in the hands of one who knows how to combine them." ~Nathaniel Hawthorne

puravidatraveltv
Wonder Of My Worlds

It's not my fault.

Life On A Different Plane (The only way to get there is together.)

Sick and Sick of It

But Still Living The Life

Get Your Swoon On